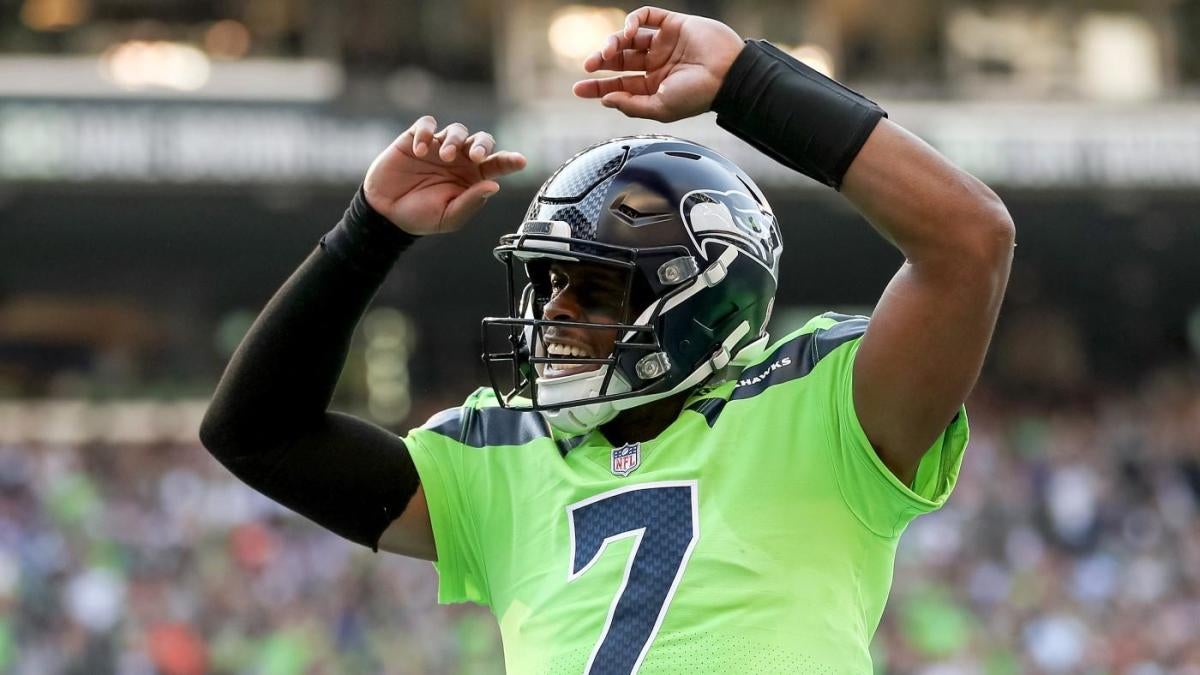 Of the NFL’s 14 playoff teams, none is more of a surprise than the Seattle Seahawks. By posting a 9-8 record, Seattle blew past their preseason projection of six wins. The Seahawks’ record was good enough to earn them a wild card playoff game this Saturday against the 49ers.

While Pete Carroll is still there, Seattle’s roster is completely different from the one that played in back-to-back Super Bowls nearly a decade ago. Carroll’s roster is comprised of several young and talented players that includes running back Kenneth Walker III, who eclipsed the 1,000-yard rushing barrier as a rookie. Seattle’s roster also includes several proven veterans who are itching to make their mark on the NFL playoffs.

If your team did not make the postseason, you should consider jumping on Seattle’s bandwagon before the train leaves the station on Saturday. Here are three reasons why.

Instead of selling the farm for a veteran quarterback this offseason, Seattle rode with Smith, who rewarded them with a season few could have seen coming. Smith, 32, was selected to his first Pro Bowl after throwing 30 touchdowns and completing a league-high 69.8% of his passes.

Smith is the embodiment of perseverance. A starter at the beginning of his career, Smith started in just two games over a five-year span before getting three starts last season. His career calls to mind the journey Jim Plunkett went through during his career. Considered a bust in New England, Plunkett was 33 when he helped the Raiders become the first wild card team to win the Super Bowl.

Four decades after Plunkett’s improbable run, Smith will try to lead Seattle on a run that would be just as surprising and inspiring. Everyone likes an underdog story, and there is none bigger this postseason than the one currently residing in Seattle with Smith and the Seahawks.

Young ‘Hawks getting their due

For various reasons, Seattle has been largely under the radar this season. Some of that probably has to do with the low outside expectations entering the season as well as the fact that they play on the West Coast. Even with their surprising season, a host of Seahawks players have largely been overlooked. That would end, however, with a deep playoff run and surprising Super Bowl berth.

Walker, thanks to fantasy football, was one of the few Seahawks players who received national attention during the season. Many other Seahawks, however, didn’t get too much of the national spotlight despite their strong seasons.

Seattle, for example, has two 1,000-yard receivers in DK Metcalf and Tyler Lockett. The Seahawks’ skill players have benefitted by playing with an underrated offensive line that is led by veterans Austin Blythe and Damien Lewis. In fact, Seattle’s offensive line, which was one of the unit’s weak links the past several years, was one of the best during the regular season in pass-block win rate, according to Pro Football Focus.

It’s odd to say, given their low rankings in several categories, but the Seahawks have several underrated players on the defensive side of the ball. Let’s start with former first-round pick Jordyn Brooks, who racked up a whopping 161 tackles this season. Fellow linebacker Uchenna Nwosu enjoyed an under-the-radar season that saw him fill the stat sheet with 9.5 sacks, three forced fumbles, two fumble recoveries and a dozen tackles for loss.

Seattle’s defense features one of the best defensive back duos in the NFL in Pro Bowlers Quandre Diggs and Tariq Woolen, who tallied a combined 10 interceptions and 23 passes defensed during the regular season.

The Seahawks also have a Pro Bowl kicker at their disposal in Jason Myers, who made nearly 92% of his field goal attempts this season. If Seattle makes a playoff run, rest assured that Myers will make several clutch kicks that will heighten his and his teammates’ national presence.

We’ve all had a moment in our lives we wish we could do over. Carroll’s professional do-over is surely his decision to throw the ball from New England’s 1-yard-line late in Super Bowl XLIX. That decision, and Malcolm Butler’s incredible play, changed the course of history while prematurely ending the Seahawks’ reign.

Now 71, Carroll has put together a career that will certainly garner Hall of Fame consideration one day. But as it currently stands, Carroll’s Super Bowl gaffe remains one of the first things people think about when they think about Seattle’s longtime coach. A successful run this postseason, however, would serve as vindication for Carroll while reminding everyone of his coaching prowess. A Super Bowl win would all but validate his future spot in Canton, Ohio.