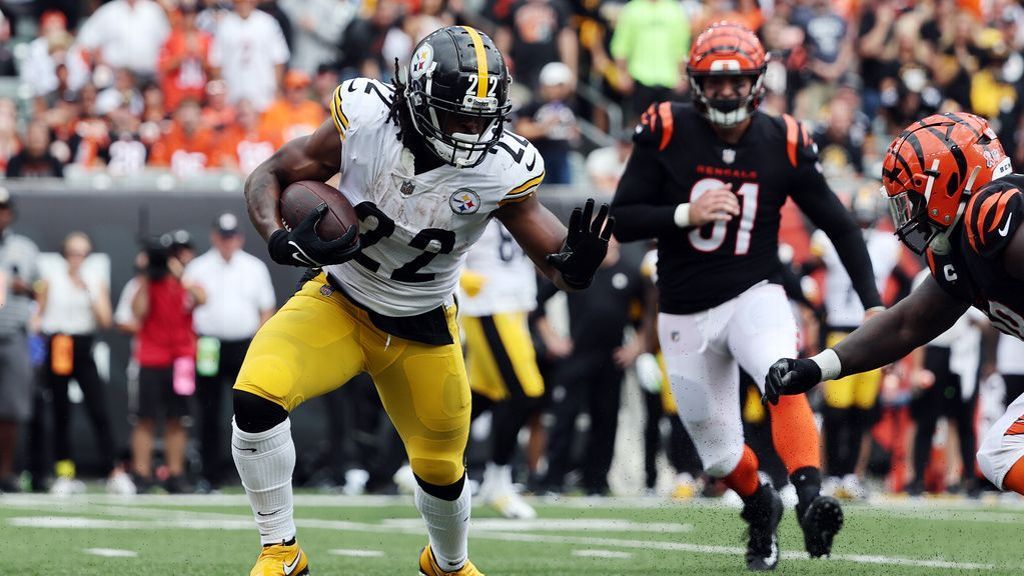 Read ESPN’s fantasy football daily notes every weekday to stay caught up on the news you need to know and get a head start on the fantasy football content coming today and tomorrow to ESPN.com and the ESPN Fantasy App.

The news: Steelers RB Najee Harris is expected to be active in Week 2 against the Patriots.

What it means in fantasy: When asked about his foot injury, Harris told SiriusXM’s Mad Dog Sports Radio that “I’m good” and that he planned to play in the Steelers’ Week 2 home opener at Acrisure Stadium. He also dealt with a Lisfranc sprain during training camp, meaning Harris is dealing with multiple injuries, and we are just entering Week 2. This is my biggest concern. Jaylen Warren should be added to your roster as a contingency plan if you have Harris on your roster.

The news: Jeremy Fowler of ESPN reported that Chargers WR Keenan Allen is “unlikely” to play in Week 2 against the Chiefs.

What it means in fantasy: Allen was injured in the first half of the Chargers’ Week 1 victory over the Raiders. With the veteran receiver out, Josh Palmer is firmly on the flex radar. Palmer had five receptions for 66 yards and one touchdown in the one game Allen missed last season. He is available in 98.6% of leagues. Jalen Guyton or DeAndre Carter will see increased playing time for those in deeper formats.

The news: Aaron Wilson of Pro Football Network and Sports Talk 790 reported that Texans coach Lovie Smith said the original plan in Week 1 was to have Dameon Pierce more involved.

What it means in fantasy: The highly regarded sleeper ended up playing just 29% of the Texans’ offensive snaps and finished with 12 touches while Rex Burkhead played 71% of the snaps, finishing with 19 touches and 70 yards. It’s important to hold on to Pierce, as Smith mentioned that pass blocking and receiving are two areas in which he can improve. At this stage in Pierce’s career, Burkhead does those things better.

The news: ESPN’s Jeremy Fowler reported that the Cowboys won’t trade for a quarterback right now.

What it means in fantasy: Cowboys owner and general manager Jerry Jones said Tuesday that Dak Prescott would not be placed on injured reserve and could return in Week 5. This is an optimistic timetable, and fantasy managers know how Russell Wilson performed last season after returning too soon from a similar injury. Since 2016, the Cowboys are 5-6 without Prescott at the helm. In those games, Dallas averages only 21 points per game with a Total QBR of 43. Cooper Rush should only be considered in the deepest of superflex leagues.

The news: Field Yates of ESPN reported that Ty Montgomery was placed on injured reserve by the Patriots.

With Ty Montgomery out, Rhamondre Stevenson could become a key part of the Patriots offense in Week 2 against the Steelers.

What it means in fantasy: Montgomery will be unavailable for at least four games as he recovers from a knee injury. Rhamondre Stevenson will likely fill in for him as the Patriots’ third-down rusher and pass catcher. He is on the flex radar in Week 2 against the Steelers.

The news: ESPN’s Kevin Seifert reported that Irv Smith Jr. wasn’t involved in the Vikings offense in Week 1 by design.

What it means in fantasy: Johnny Mundt played 40 snaps compared to Smith’s 19. Pass routes were also diversified. Fantasy managers were triggered. Managers looking for a TE streamer will not be able to trust Smith in fantasy. Gerald Everett and Tyler Higbee are superior streaming options.

The news: Jeff Howe of the Athletic reported that Patriots WR Kendrick Bourne’s playing time is expected to increase.

What it means in fantasy: Bourne was involved in a preseason fight at a joint practice with the Panthers and was also late to a team meeting, according to NBC Sports Boston’s Tom E. Curran. It is expected that Bourne’s playing time will increase after playing just two snaps against the Dolphins in Week 1. Patriots owner Robert Kraft has been adamant that he wants Bourne on the field and out of Matt Patricia’s — not Bill Belichick’s — doghouse. It may be worthwhile to take a flier on Bourne in deeper formats if you have the space.

Going deeper: Bourne had 55 receptions for 800 receiving yards and a 79% catch rate last season with only two drops.

It’s not too late! Sign up for a team or start a new league this week and start play fresh for Week 2.

Today on ESPN.com/Fantasy and in the ESPN Fantasy App

It’s not too late to play with friends and family. Leagues drafted now start fresh for Week 2. Get started >>

In case you missed it:

• Week 2 fantasy football rankings at every position (PPR and NPPR)