The Acer Predator Triton 500 SE is an excellent gaming laptop. It packs a whole bunch of power, comping with either a 45W Core i7 or a Core i9, and with either an Nvidia GeForce RTX 3070 Ti or an RTX 3080 Ti. While it’s a little pricy, there are only quality configurations here. Some OEMs start their gaming laptops with a Core i5, 8GB RAM, and GTX graphics just to bring down the price. You don’t find that here.

While it’s powerful, it’s also thin and light, at least for a gaming laptop. It’s nice and easy to carry in a regular bag, so if you’re a gamer that likes to take their laptop on-the-go a lot, this is a great choice.

It was hard to think of cons for this excellent laptop. It does have an awkward fingerprint sensor that’s on the touchpad, and the speakers aren’t great. And like I said, it’s expensive.

But you are paying for quality. One thing that I took note of is the port selection and layout. It has Thunderbolt 4 and USB Type-A on both sides, a rarity in any laptop. It’s also got a full-size SD card slot, so if you’re here for some video editing, you can do that too without an adapter. The Predator 500 SE offers the most powerful components you can get in a gaming laptop, all while fitting into a slim and light chassis.

While the starting price does seem high, it’s worth remembering that there are no low-end configurations. That base model is still pretty high-end.

The Acer Predator Triton 500 SE is sleek and stylish, and it doesn’t quite feel like a conventional gaming laptop. It’s considerably light for something that has the power that it does at 5.29 pounds, and it’s thin at 0.78 inches. This isn’t to say that it’s a compact ultrabook. That’s just not the kind of machine that this is. But if you’re looking to merge gaming performance and portability, this is a great place to start. Aside from that, I really like the design. It comes with a metal chassis with a silver color, and Acer does a great job of what I call the “work and play” look. That means that if you take it to work, it doesn’t look too flamboyant, but it still looks like a gaming laptop in ways that you want it to, such as with the RGB keyboard.

Of course, it’s just really nice that this fits comfortably in a bag. There are a lot of gaming laptops that require more space, because they’re just bigger. We’re seeing more thinner and lighter gaming laptops, and the larger 16-inch 16:10 display panels are giving OEMs more space to work with without going all in on a 17.3-inch display. Let’s just talk for a second about this excellent selection and layout of ports, because I review a lot of laptops, and a lot of companies skimp in this department. Ever wonder why companies like Lenovo and HP have both Thunderbolt 4 ports on the same side of their ultrabooks and convertibles? It’s because it’s cheaper that way. So let’s start there. Each of the USB Type-A ports and Thunderbolt ports are on opposite sides. Whether you’re righty or lefty, you can choose to plug in a peripheral in a place where it won’t get in the way. This is smart, and it’s user-friendly.

I also want to shout-out Acer for using USB 3.2 Gen 2 on the Type-A ports, which will support 10Gbps speeds. So many manufacturers are still sticking with USB 3.2 Gen 1, which gets you 5Gbps. It’s nice to see a company using the latest technology, and that goes for the HDMI 2.1 port as well. Let’s not forget about the full-size SD card slot. If you’re planning on playing games and then editing some video with this beefy laptop, you’ve for the SD card slot for that, no adapter needed. It’s pretty sweet.

Of course, Thunderbolt 4 is the most versatile port that there is, supporting 40Gbps data transfer speeds. You can also use it to connect an external GPU if you wanted full desktop power, or you can use it to connect to dual 4K monitors on one port. And again, with this single-cable solution, you can do it on the side of the laptop that doesn’t get in your way.

If I absolutely had to complain about something, I’d say I wish that the power port was on the back. Rear ports are the best method for keeping cables out of your way, but I’m impressed with Acer’s port layout enough that it gets a pass.

This is a well-designed gaming laptop. It feels understood that you might be using it for gaming, or something else like video editing. And of course, it’s sleek and stylish.

The screen is another thing that stands out on the Acer Predator Triton 500 SE. It comes in with a 16:10 aspect ratio, which all modern laptops should. It also follows the more modern trend of a 2,560×1,600 resolution while still maintaining a high refresh rate, which is 240Hz. Just a couple of years ago, if you wanted anything more than 60Hz, you had to get a 1080p display, which absolutely shows pixels on a screen this big. It’s also just a pretty display, something that’s not entirely common in gaming laptops. In fact, a lot of matte anti-glare displays lack in the color department, but this one is pretty good.

And if you’re thinking about using it outdoors, you’ll be pleased to know that the display is bright, coming in at 532.6 nits. Again, that’s really good. Seeing laptops break 500 nits is pretty rare, so that’s yet another thing that’s nice to see from this laptop. The webcam sensor is small, but it’s still FHD, another area where Acer didn’t cut any corners. If you’re streaming, you can rest assured that webcam quality is on the higher end of things. And then there’s the keyboard, which I also enjoy. I have to say, on a lot of gaming laptops, I don’t feel comfortable writing reviews on them. They tend to be designed for a quick response when playing games, rather than typing. This keyboard seems to be designed for both. The force required to press a key feels comfortable, and it’s accurate.

It also has per-key RGB lighting. As I mentioned before, the Predator Triton 500 SE has a way of feeling professional, while still having the capability to feel like a gaming laptop, and the RGB lighting in the keyboard supports the latter.

Performance: Lots of power and lots of cooling

The model that Acer sent me includes an Intel Core i9-12900H and an Nvidia GeForce RTX 3080 Ti, along with 32GB LPDDR5 memory. It’s a pretty sweet configuration, although to be fair, it doesn’t perform quite as great as it sounds. This is still a slim and light chassis, and while Acer did take steps to improve thermals, there’s only so much that the firm can do.

Those improvements include Liquid Metal Thermal Grease on the CPU and two 5th Gen Aeroblade fans (the previous generation only had one). It also has thermal foam and dedicated heat pipes for the CPU and the GPU. To put it simply, Acer did everything it could to handle thermals and fit these powerful internals into a slim chassis. As for real-world performance, it was great, most of the time. I’m currently committed to playing through all of the Halo campaigns, the remastered version of Halo 2: Anniversary that’s part of Halo: The Master Chief Collection played great. I was able to play that  for hours without a hiccup.

With Forza Horizon 5, I did have some minor issues. I like Forza Horizon for testing gaming laptops. It’s a big open-world game with great graphics and a lot going on. But when system resources get low, the game freezes up and tells you that you’re having issues. This happened exactly once with the Predator Triton 500 SE. Once isn’t bad, but it’s not as good as never.

Of course, I played with default settings. With this kind of hardware, the game chose extreme graphics for me. If the machine ever starts running hot and you run into that, you can always turn the graphics down a level. There’s also a ‘Turbo’ button on the keyboard that you can use to kick the fans into high gear, and when you need a boost in performance, it totally works.

Yes, I know I compared it to a laptop that’s a few generations old, and yes, that was from a time that I didn’t run nearly as many tests as I do now. But I did want to demonstrate that the Predator Helios 700 gets a better PCMark 10 score with an older CPU and an older GPU. Of course, that thing is a beast though. It’s big, thick, and heavy, and it even has a slide-out keyboard for better airflow. That should demonstrate what you’re choosing here, because while the Predator Triton 500 SE is one of the best balances of power and portability that you’ll find if you need power, you’ll still get more performance out of something bigger.

It also has a PCIe 4.0 SSD, as you’d expect, but I really feel like I should note that my CrystalDiskMark scores actually top my list of PCIe 4.0 SSDs that I’ve tested. That’s not to say that it’s the fastest in the world, but to come put on top in just about every CrystalDiskMark test out of a couple of other SSDs is really impressive. That, of course, means faster load times.

Who should buy the Acer Predator Triton 500 SE?

Like I said in the performance section, there are different kinds of gaming laptops. Obviously, this one is awesome, but Acer does make more powerful tiers, so clearly, it’s not for everyone.

You should buy the Acer Predator Triton 500 SE if:

You should NOT buy the Acer Predator Triton 500 SE if:

Like I said, there are always other tiers to choose from. If you just play the occasional game after work, you probably won’t want to spend this much money on a gaming laptop. On the other hand, there are enthusiast tiers as well.

The Predator 500 SE offers the most powerful components you can get in a gaming laptop, all while fitting into a slim and light chassis. 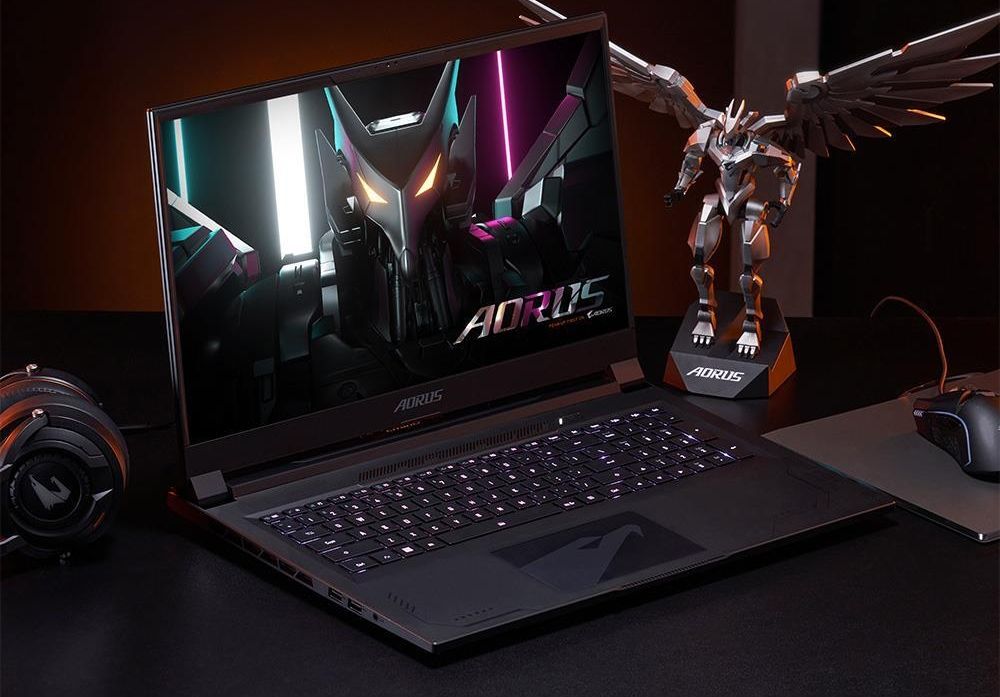