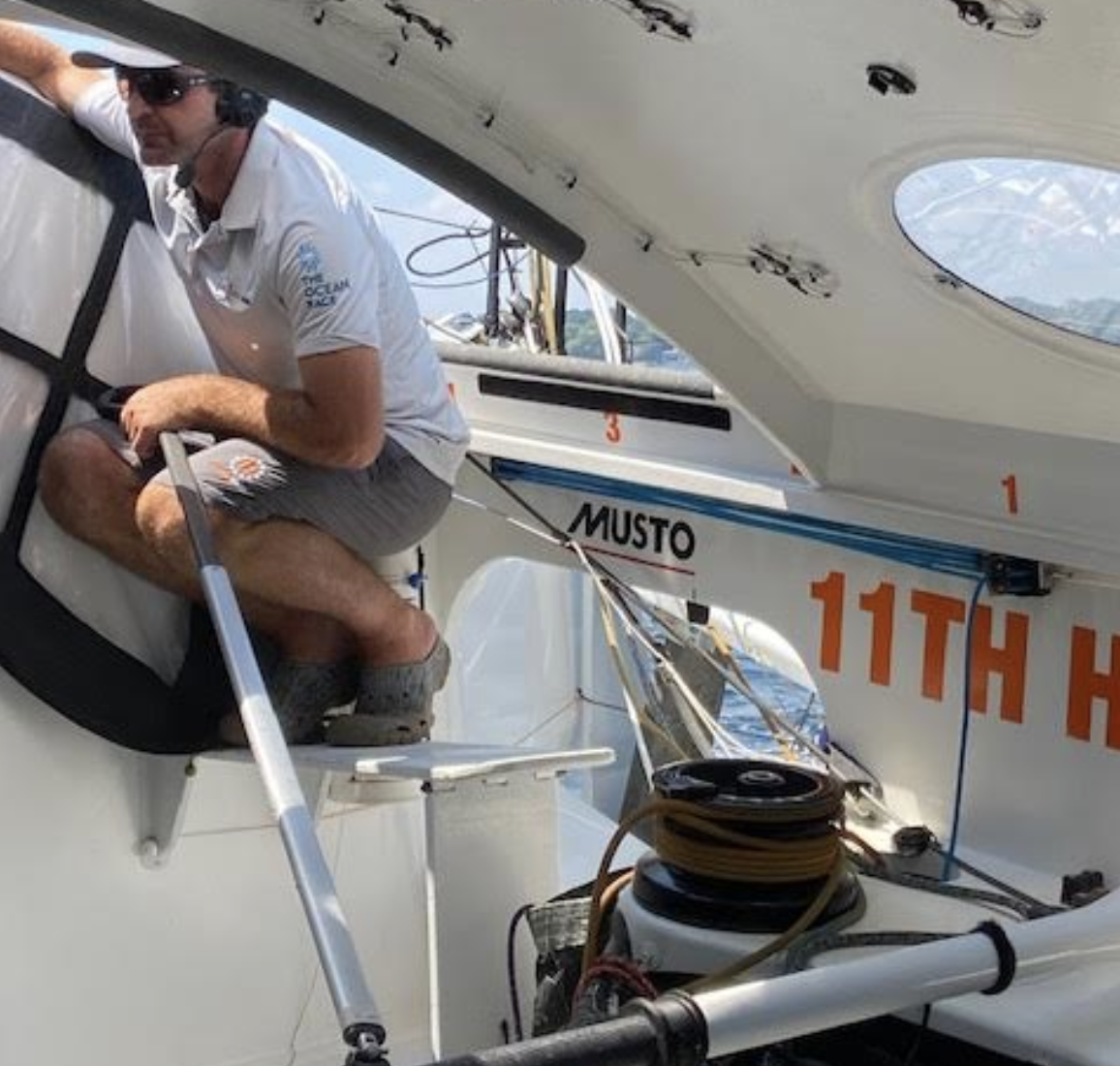 11th Hour Racing Team, the United States entry in The Ocean Race 2022-23 — whose homeport of Newport — is off to a speedy start.

Sailing onboard its 60-foot IMOCA race boat Mālama, the team finished Leg 1 of The Ocean Race 2022-23 in second place.

The opening leg of the grueling 31,700 nautical miles (36,500 miles, 58,700 kilometers) around-the-world race took the fleet from Alicante, Spain, to the Cabo Verde island of São Vicente.

In July, GoLocal had the opportunity to join the crew onboard Mālama as they trained in Newport — see that coverage HERE.

This opening leg to the 31,700 nautical miles [58,700 kilometers or 36,500 miles] long race was described by Enright as a ‘baptism of fire’ shortly after arriving at the dock, following multiple reports of damage sustained by boats across the fleet.

“That was an incredibly tough first leg,” commented Enright. “Tough on the boats, and physically tough on the crew. Nothing we haven’t seen in training, so it didn’t come as a surprise, but it is no surprise that with a forecast like that, you end up with damage to the boats, but now we are here, we can turn our minds to the repairs.”

Cabo Verde is defined in The Ocean Race rules as a ‘Short Stop,” with just four days between arrival and departure. The rules state that only the sailors from Leg 1 are allowed to do any repairs, and they must be completed physically on the boat. The crew can only use tools and equipment that were on the boat for the opening leg, and extra fuel, water, food, and provisions are not allowed to be taken onboard.

Enright continued, “Every team is going to have its hands full with repairs, and knowing that this was a Short Stop, we went heavy on spares when loading in Alicante. We have a handy group of sailors onboard and are also surrounded by an excellent technical support team here in Cabo Verde, to guide us when they can. There were a lot of bright spots to the leg, the boat is fast, and we are here in second so overall, a cool start to the race,” he concluded.

On the dock in Cabo Verde, Navigator Simon Fisher, the most experienced sailor in the IMOCA fleet with five circumnavigations of the planet already under his belt, said, “This race is a marathon and not a sprint, and this leg was the first big test. The conditions were really challenging for everyone in the fleet, and everyone will come into here with issues – I don’t think anyone will arrive unscathed.

Leg 1 started on Sunday, January 15, at 1610 CET (1510 UTC), and quickly the five IMOCA teams were picking their way down the Spanish coast. The conditions intensified, and by Tuesday morning, it had been a brutal 36 hours onboard Mālama as they approached the Gibraltar Strait. With winds consistently above 30 knots [36miles/ph or 56 km/ph], gusting up to 50 knots [58 miles/ph or 92 km/ph], there was very little sleep and very little opportunity to eat, as the crew sailed upwind in a terrible sea state. To quote Amory, “everything hurt”.

11th Hour Racing Team and Holcim-PRB continued their tacking duel for the lead through the Gibraltar Strait, but a torn J3 [jib] onboard Mālama saw the team slow briefly to change sail, allowing the French to slip through into first as the boats finally broke out into the Atlantic Ocean.

As predicted by the team’s strategic meteorologist, Marcel van Triest before the start, the leg was there to lose for the team that made it into the Atlantic first, and Kevin Escoffier’s crew led 11th Hour Racing Team all the way down the Atlantic to the Cape Verde Islands into first place.